Star network or the Star Topology network is a network design which Computers in a star, The topology are connected by cables to a hub. In this management of the network is made much easier (such as adding and removing devices), because of the central point. However because it is centralized more cable is required.
Because most star topologies use twisted-pair cables, the initial installation of star networks is also easier. 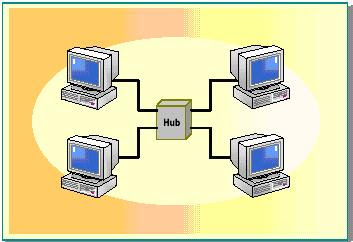 If one computer fails the network will continue to function, but if a hub fails all computers connected to it will also be affected. Star topologies are, or are becoming the topology of choice for networks.

Hi thank you for comment in Assignment Lanka " Book Mark on me' To future references.